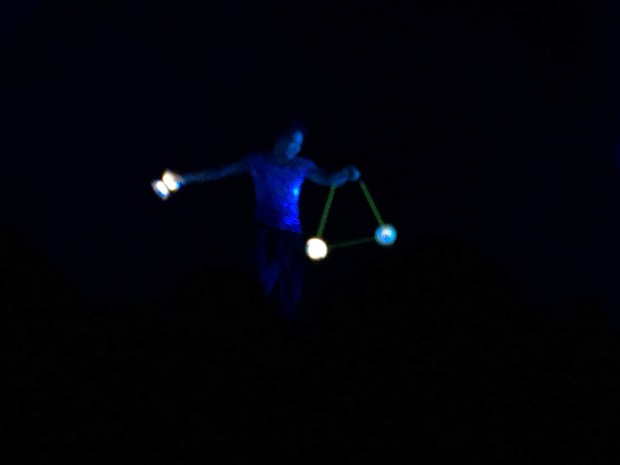 On the 23rd of March, some of my classmates and I attended the National Cherry Blossom Festival Opening Ceremony. It was held at the Warner Theater at 513 13th St NW, Washington DC. My favorite part was Yusaku Mochizuki or “Mochi.” He is a professional Japanese diabolo juggler and he previously competed on “America’s Got Talent.” His act was very exciting as he told the story, history and transition of the jugglers and the acts with Japanese roots. He utilized fantastic visual arts and graphics which made the performance almost hypnotic. I remember watching his act on TV and I loved and applauded his skill. Seeing his performance in person was an exciting experience and it was beautiful. Before the show I was very excited when I heard he would be performing live. The intricate designs and the music were thrilling. I was breathtaken as he threw the diabolo in the air and caught it with the ease of breathing. He also incorporated tap dance and he had multiple outfit changes as he showed the progression of his skill through the years.

I had so much fun at the event and I could hardly sleep afterwards. The entire program was beautiful and I was grateful for the opportunity to attend for free and I appreciated the sponsorship from the Japanese Embassy to allow us to attend because it was a very exciting cultural experience that I would have even paid to attend.