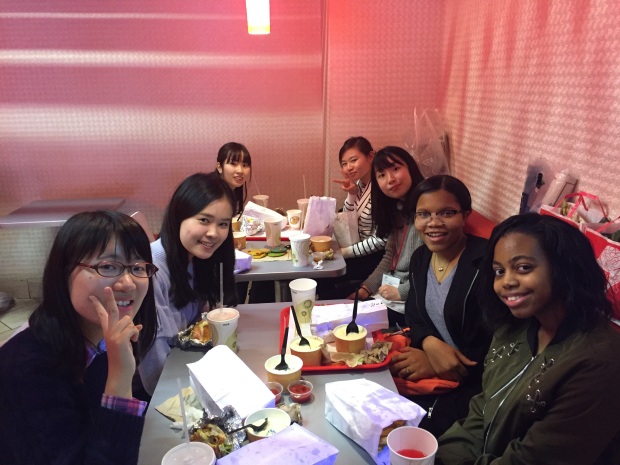 This picture was taken during the second Kakehashi visit at Z Burger, where we got a chance to meet up with the Japanese students from Meiji University again. This allowed us the opportunity to practice some more of our Japanese. One of the things I remember the most about this experience is that as we were struggling when speaking in Japanese due to the limited amount of Japanese that we know, the Japanese students were struggling just as much when trying to speak in English. This made me feel much better and also motivated me to try to become as close to fluent in Japanese as I can, because being able to break the language barrier would be quite useful in trying to communicate with other Japanese people to learn more about their quite intriguing culture.