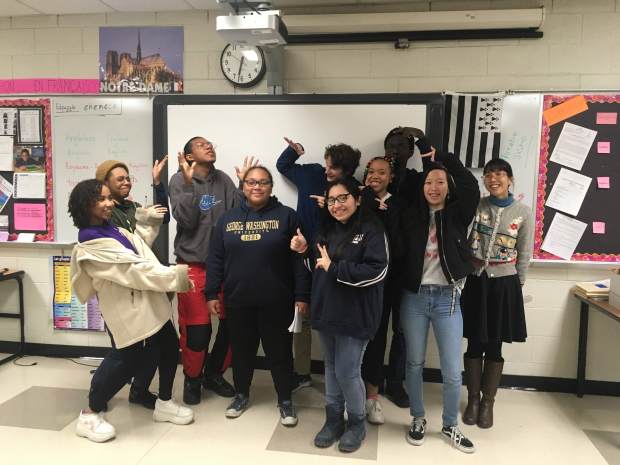 This week during Japanese Plus we actually had a very special visitor come all the way from George Washington University to talk about their experience with learning Japanese. What’s more, our visitor, Jarid, more or less started their journey into Japanese language the same way that we did (with Globalize DC and the TOMODACHI program), which I have to admit was super inspiring. As senior year seems to be approaching faster and faster every day, the more stories such as Jarid’s seem to strike a chord with me.

The fact that something as small as a Japanese class can end up guiding my career and shaping my life isn’t something that I took seriously as a possible reality until this year. Talking to Jarid and asking her questions really gave insight into the reality of studying in Japanese class in postsecondary education. While Japanese is something that’s more personal to her that she wants to pursue, she’s also studying Biology and Education, and hopes to go to Japan in order to make language accessible, as well as to understand different education concepts around the world to learn how people learn. She announced to the class that she’s going to be applying to the JET ALT Program to pursue this goal.

Having people like this, coming from the same city, program, same schools even for some of us, who come in and show us that the sort of career that we dream about is indeed achievable, is really awe-inspiring for us, making our goals seems even closer than before!