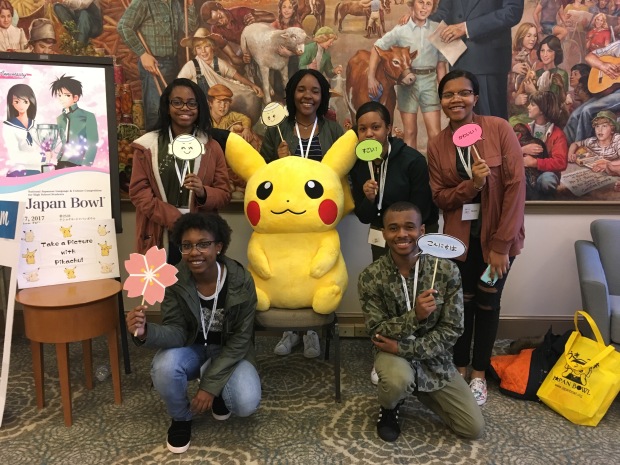 Hello everyone, it’s Jeff here and today’s blog will be a little short but it was sure worth the wait. So, now to the actual story.

On April 6, 2017, my Japanese class was invited by the Japan America Society of Washington D.C. to attend the Japan Bowl 2017, which is a competition between schools across the country who come to compete in tournaments testing Japanese language, culture, and history knowledge.

During the first two hours of the event six or seven universities gave us presentations about what they can offer for foreigners interested in attending university in Japan for their four years of colleges or just a semester. The majority of the universities were starting programs specifically aimed at foreigners, which for me or anyone who’s about to graduate is very good, especially since these universities offer scholarships that pay for your full four years of college, so that’s potentially free colleges! – and who’s going to say no to that?

Unfortunately, I couldn’t attend the actual tournament because of school, but I was able to attend the pre-competition program that took place that same day.  The pre-competition of the Japan Bowl that I was able to stay for was the opening ceremony, which had two performances – one from a shamisen* player and another from a Japanese boy band from New York, but the shamisen (しゃみせん) was the best part about the entire opening ceremony. The boy band was meh; nothing can top the shamisen, in my opinion.

Well that just about sums up this blog, I hope everyone enjoyed the short read and if you’re learning Japanese and interested in attending the Japan Bowl, you should try and participate next year! For more information regarding the Japan Bowl, please feel free to click this link!: http://www.japanbowl.org/

* A shamisen is a traditional Japanese guitar, for those wondering.